< Back to Resources Page 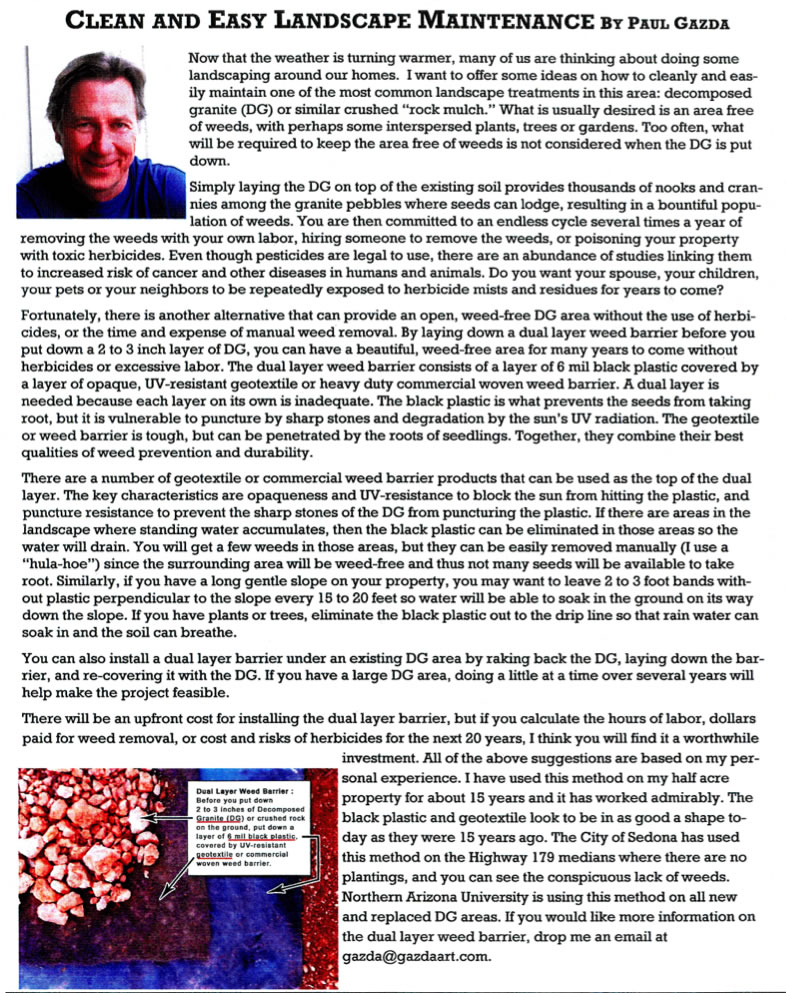 The Roundup label does say that people and pets may enter a treated area after the spray has dried, but during application and until every part of the area is thoroughly dry, the label clearly states that the public must be kept far enough away from the area to avoid contact with spray mist or vapors (called drift). During hot weather, spray vapors travel much further and faster than in cold weather. To me, this implies that the sprayed area must be clearly marked and signed such that any pedestrians, pets and cyclists will pass at least on the other side of the road from the spraying, or be able to choose to not pass the area at all, and stay off the area for at least an hour after spraying to ensure all areas are dry. Further, motorists should have a warning to close windows and vents before they pass in the vicinity of the area being sprayed.

Roundup is considered slightly to moderately toxic to aquatic life. Many brands of Roundup sold in stores contain other ingredients that make them more toxic to humans and the environment. Roundup Concentrate Plus and Roundup Extended Control sold at Ace Hardware both contain warnings to not allow it to enter or run off into storm drains, drainage ditches, gutters or surface waters due to its toxicity to aquatic life. Since Roundup can stay potent in the environment for up to 180 days, the residues hold the potential to run off into the wash at the Pine Valley entrance during a heavy rain.

Glyphosate, the active ingredient in Roundup, was last reviewed and re-registered by the EPA 19 years ago. Since then, a number of studies have revealed toxic effects that were unknown at the time of registration. These studies have also shown that the “inert” ingredients in some formulations can be more of a hazard than glyphosate itself. A recent formulation called “Honcho Plus” has been classified as a “severe health hazard” due to the potential of one of its inert ingredients to cause corrosive eye damage.

2. A population study showed exposure to glyphosate is associated with increased risk of rhinitis (nasal inflammation).

3. Two laboratory studies showed glyphosate as well as the inert ingredients in Roundup are toxic to human umbilical, embryonic, and placental cells.

4. Using a sample of over 25,000 women in the National Institutes of Health Agricultural Health Study, glyphosate was one of 10 pesticides found to be associated with allergic asthma.

5. Several studies have found that when different pesticides combine in the environment, they produce toxic effects even when each chemical is below the EPA designated “safe” level.